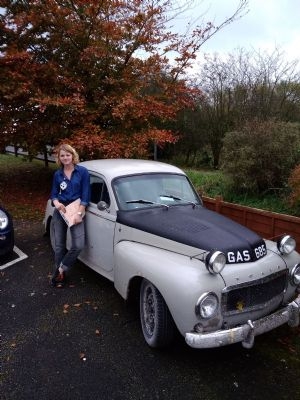 I've now abandoned GAS 685 (our PV) in Cheshire, and brought Amy's MX5 home to fit the sump & gearbox guard, sort the tripmeter sensor, and fit the repaired Brantz timer... We'll swap them back when we head out to Wales to wave at Amy on the LEJoG rally in December.

Next up is the Rally of the Tests in a couple of weeks: Amy is out in Paul Dyas' Amazon, I'll be sitting in Gareth Hockridge's Amazon...