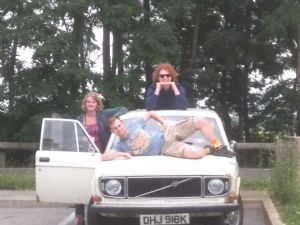 So, last week's rally results are all in, here's the round up of one Volvo and 2 Volvo-related crews...

So, Amy flew back from Greece on Sunday afternoon, drove to her Grandparents in Woodcote to switch her Amazon for the fully loaded 145, then caught the 0400 ferry this morning to France: she and 2 housemates are heading off to the Alps for 5 weeks of climbing. We shall meet up with her in late July as she wends her way East to meet us near Fontainebleau.